The FREE lab primarily studies fishes and their nearshore habitats: mangroves, seagrasses and reefs. The lab was established in 2014 and has produced 14 master's projects and 13 undergraduate theses covering a wide variety of marine science topics. We mostly work locally in Trinidad and Tobago but some of our projects span across the Caribbean.

FREE our oceans from human impacts.
FREE from bias, all are welcome and included.
FREE is how we have to get things done.
FREE to learn, innovate, teach and connect.
FREE yourself to embrace nature,
we only have one planet. 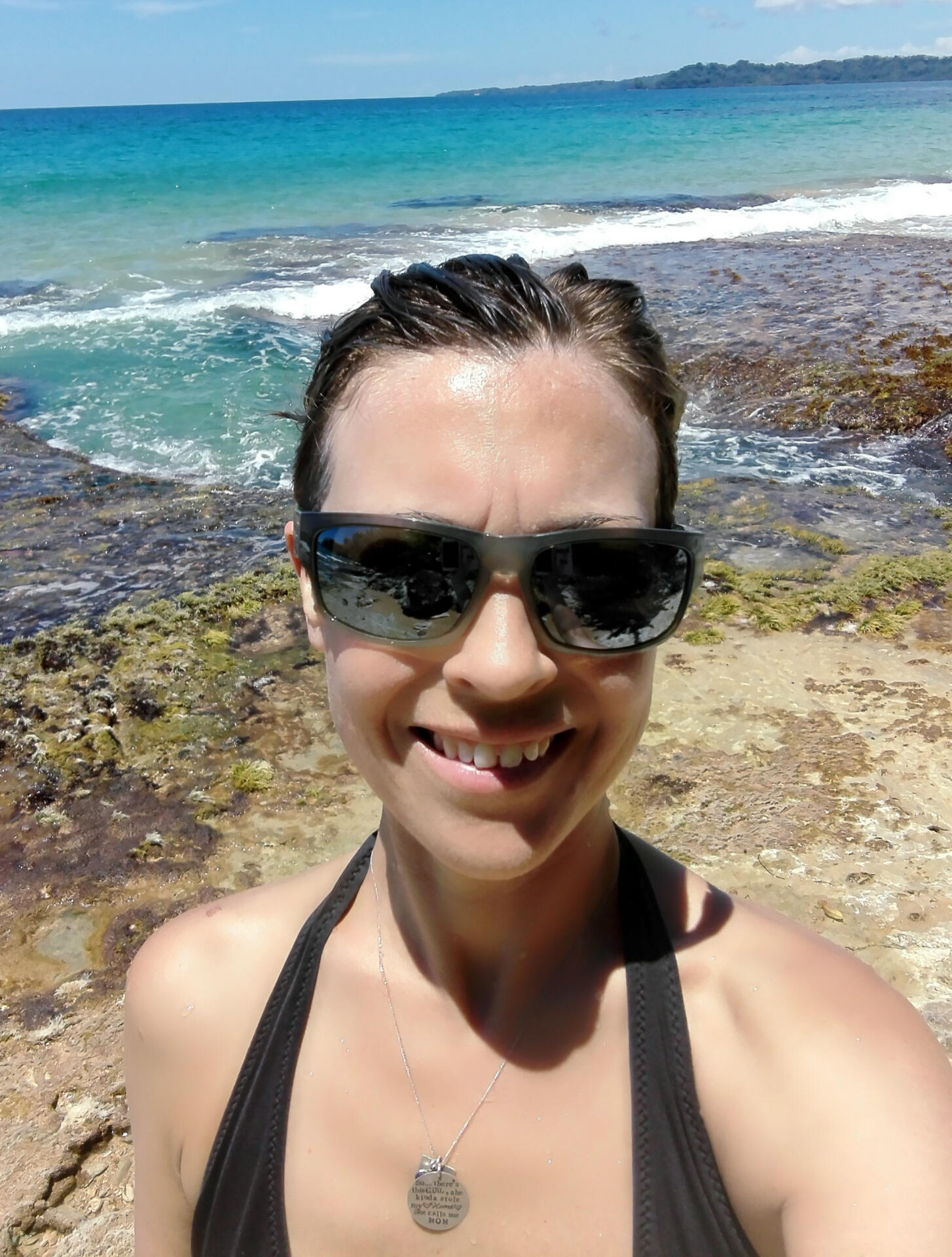 Dr. Kingon's research interests are focused on current marine conservation needs. As such, she studies several threatened marine fishes in Trinidad and Tobago, particularly groupers and sharks. She collects important biological and ecological data on these fishes and works closely with fishers to acquire their knowledge to help prepare stock assessments and develop effective management plans. Her research also includes studies on the impacts of ectoparasites on fishes in the Family Acanthuridae, which are important and abundant grazers on coral reefs. She works to understand the processes that may be driving the occurrence and severity of the ectoparasite infestations and the ecological implications to coral reef communities. Additional projects include studies of the introduced Regal Demoiselle, Neopomacentrus cyanomos, native to the Indo-West Pacific Ocean, that recently established itself in Trinidad; as well as mapping and monitoring efforts of critical coastal habitats that are under threat from various human influences, such as seagrass beds, mangroves and coral reefs, using a variety of remote sensing and GIS tools. 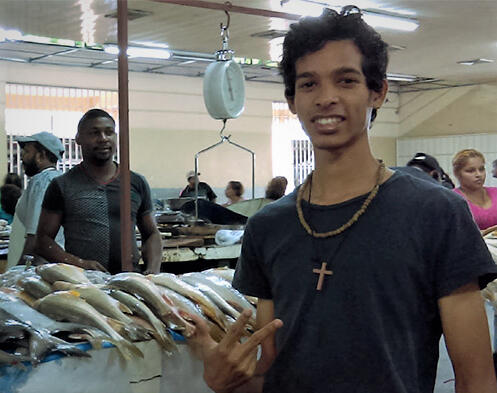 Gianluc is a recent graduate from UTT’s BASc in Coast and Ocean Sciences programme. The time he spent at UTT as an undergrad was filled with amazing moments. He was provided opportunities to learn and interact with the marine environment and challenged to expand the way he thought and viewed the surrounding world and its resources. One of his most memorable experiences was a course called “Mangroves, Mudflats and Estuaries”, taught by Dr. Kelly Kingon. It helped him to recognize the immense diversity of ecosystems and organisms in Trinidad and to realize the value of protecting our marine resources. In his final year of the BASc programme, he conducted a research project on lane snapper alongside his supervisor, Prof. Mark Tupper. His continued interest in the field led him to further his research through the MPhil programme at UTT. For the past 3 years, we’ve been working to determine the length at maturity for the Lane Snapper, Lutjanus synagris and explore if there are any changes in the length at sexual maturity of the species over time. We also hope to propose a catch size limit for the fish and encourage similar studies into other commercially important species. His goal is to add knowledge to the scientific community through research and hopefully inspire changes in our local regulations for sustainable development. 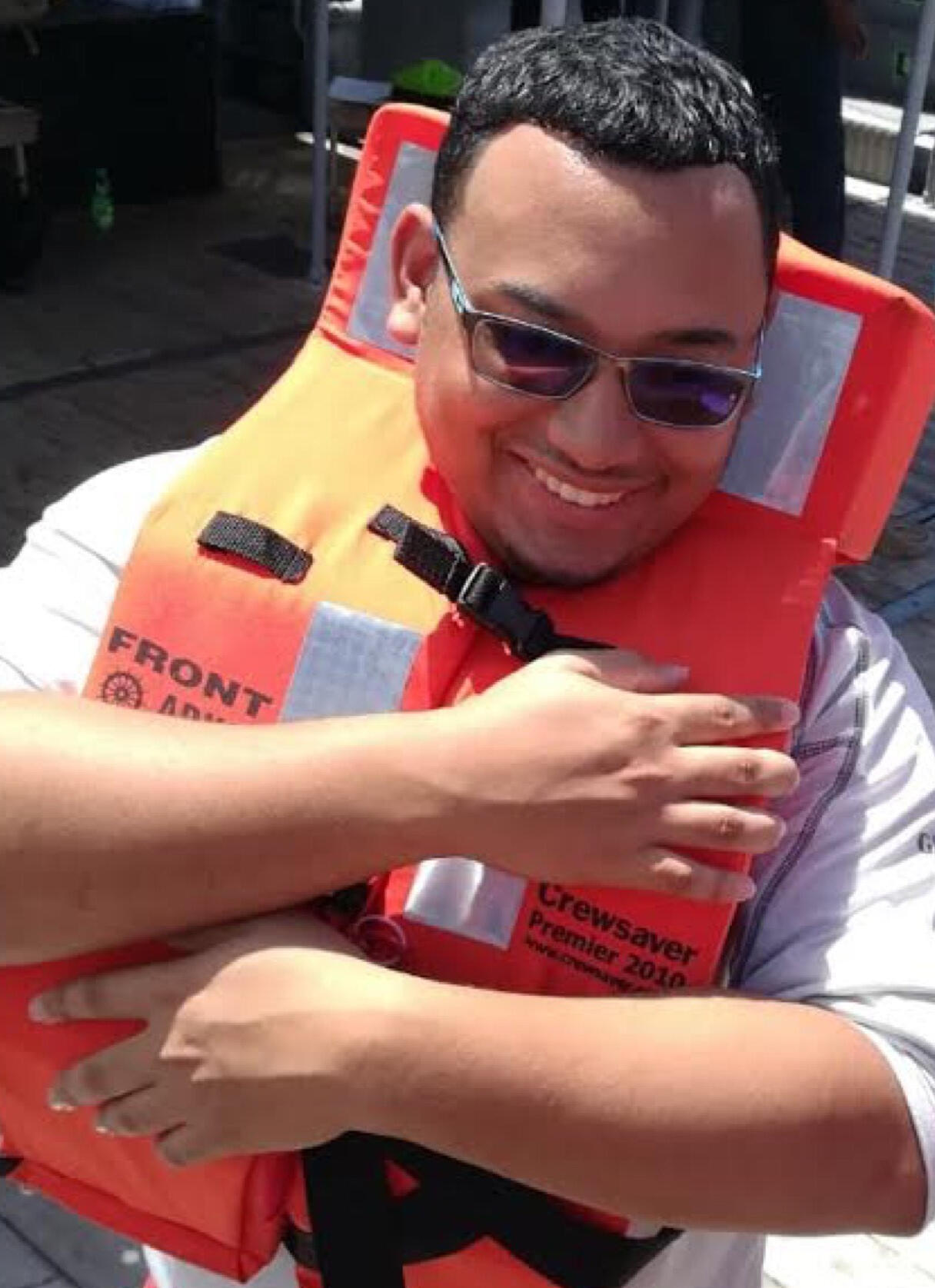 Justin Sui recently completed his undergraduate degree at UTT and as part of the graduation requirements he conducted a research project on the size at maturity of a local snapper species by macroscopically examining their gonads. Justin plans to continue using his fisheries and reproductive analysis skills as a PhD student in the FREE Lab. His proposed topic is to investigate the impacts of salinity and temperature changes on the gonadal development and reproductive success of the Regal Demoiselle (Neopomacentrus cyanomos); a recently introduced damselfish from the Indo-West Pacific that is now established in Trinidad. His research will help better understand this species’ adaptability to the seawater conditions in Trinidad that are largely estuarine as well as their potential to cope with increased temperatures associated with climate change; traits that may give them a competitive edge over native planktivores. Justin is also a certified Protected Species Observer. 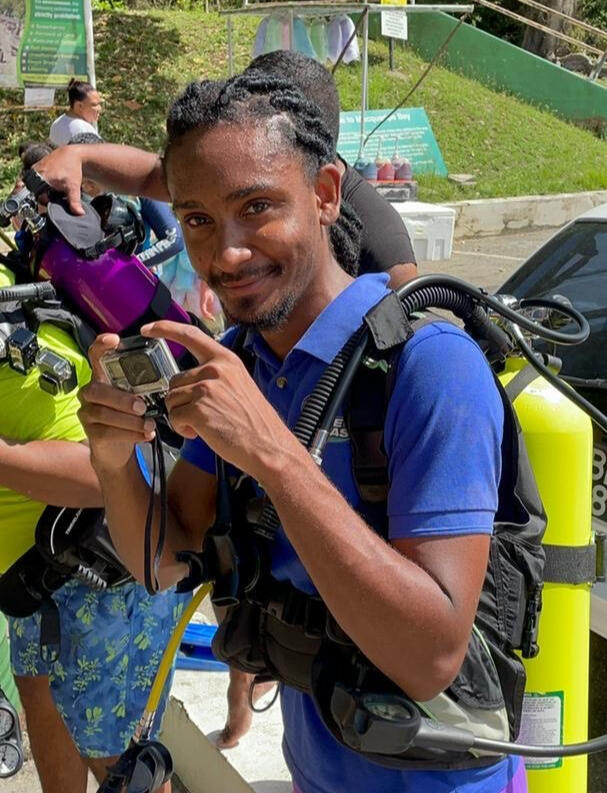 Terryn Constantine completed his undergraduate degree at UTT in 2017, as part of the graduation requirements he conducted a research project on the disappearance of the largest known Thalassia testudinum (turtle grass) community along the northwestern peninsula in Trinidad. Terryn is continuing his research into Trinidad and Tobago’s seagrass communities as a PhD student in the FREE Lab. His proposed topic is “A study of seagrass flowering periods in the Gulf of Paria, north-west peninsula, Trinidad”. His research will help understand how, why and when seagrasses flower, as well as provide details on fruit and seed production, as well as other aspects of their sexual reproduction. His findings will help promote seagrass conservation and hopefully assist with the rehabilitation of these ecosystems. Terryn is also a certified Protected Species Observer and open water diver. 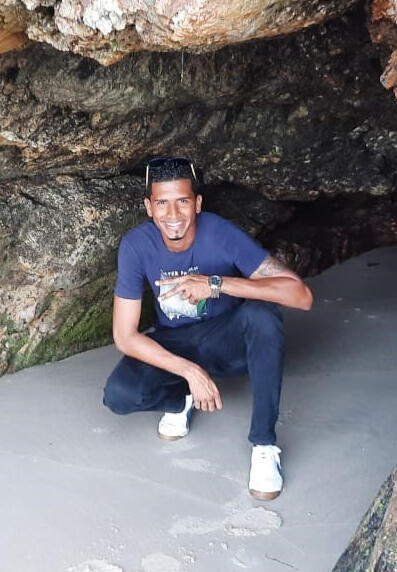 Christopher Nakhid graduated with a Bachelor’s Degree in Environmental and Natural Resource Management from the University of the West Indies, St. Augustine campus. He is currently employed by the Forestry Division as a Research Assistant. He is also a IV Degree International Martial Arts Instructor under the International Taekwon-Do Federation (ITF). He has assisted in gathering data for the Forestry Division through patrols with Forest Rangers and Game Wardens and with capture and release of various animals. His current research at University of Trinidad and Tobago as an MPhil student is on the population size of an Environmentally Sensitive Species (ESS), the West Indian manatee (Trichechus manatus) and their behavioural patterns. Through his research, he hopes to better understand why, when and where this endangered species inhabits the east coast of Trinidad and to provide population data that is lacking locally to contribute to both regional and international conservation measures. 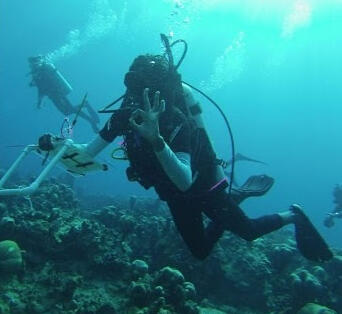 Alicia holds a BSc Degree in Marine Biology from the University of the West Indies, Mona, Jamaica campus where she studied Caribbean corals and assessed the health of reefs and seagrass beds around the Port Royal Cays and Discovery Bay, Jamaica. She also studied mangroves, rocky shores, and other coastal communities. Alicia conducted studies on bioindicators of marine and freshwater pollution and assisted with a research project on the reef at Grande L’Anse, Toco. Alicia is the Deputy General at E-biome, Jamaica, where she currently serves as a researcher, STEM tutor, and marine and environmental biology article writer. She plans to further her studies in marine sciences in the near future and hopes to conduct research on Caribbean tunicates or whale migration in the Caribbean. As an intern for the FREE lab she is analyzing the algal and macro-invertebrate community associated with the invasive seagrass, Halophila stipulacea, in St. Eustatius. 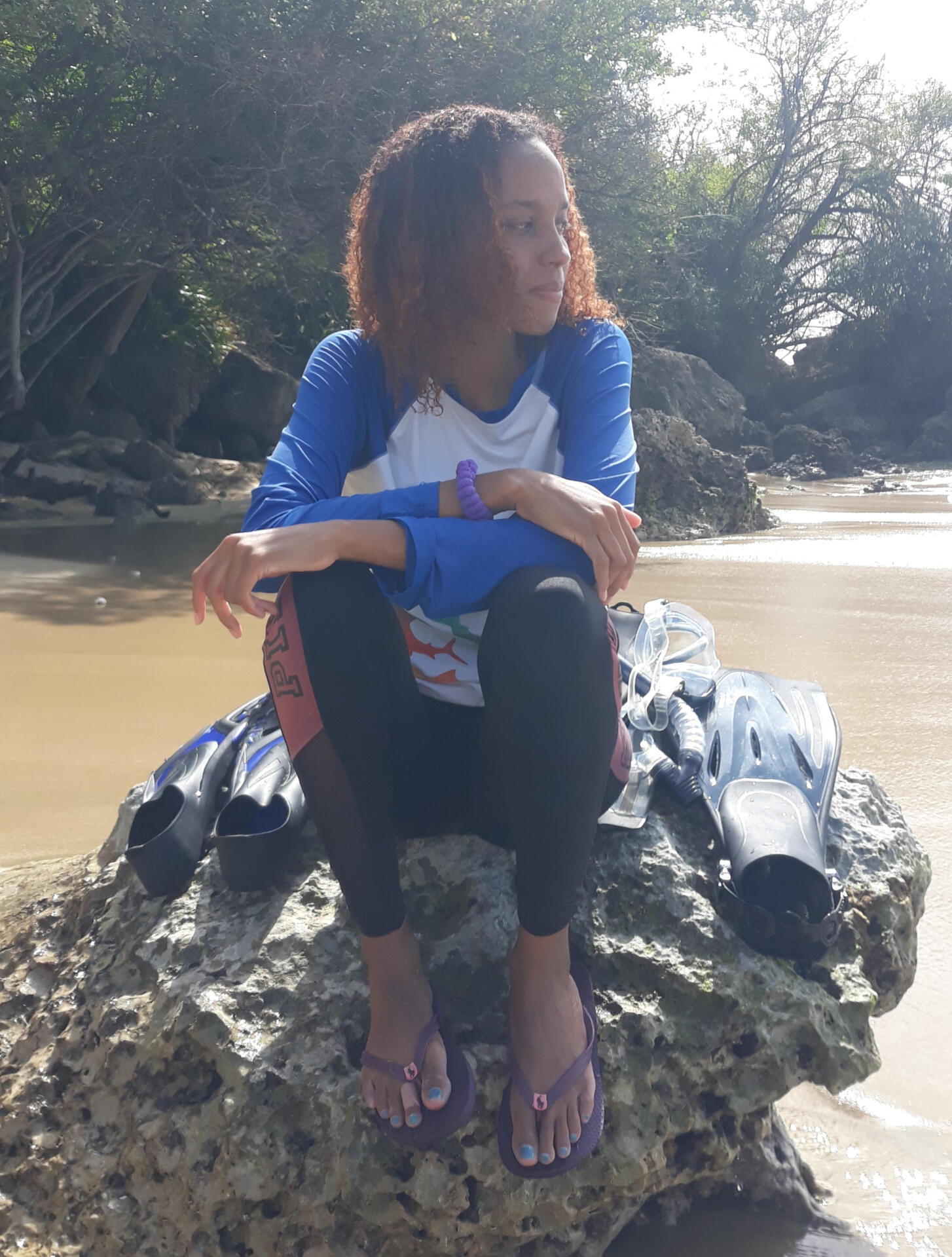 Chevelle Gollop is a recent UTT BASc graduate and has been a research intern in the FREE lab since 2019, where she is dedicated to doing marine research. In the lab, she identifies and preserves fishes for the collection, teaching and research purposes. Chevelle helps organize the lab and associated field and lab activities. One project that she is working on is an age and growth study using the otoliths of a recently introduced damselfish species, Neopomacentrus cyanomos from the Indo-West Pacific. Chevelle is also assisting with the quadrat photo analysis for a research project documenting the species associated with the invasive seagrass, Halophila stipulacea in St. Eustatius. Her other research interests are mapping marine benthic features in Buccoo Reef, Tobago using underwater photogrammetry for educational purposes and for her PhD research project looking at calcium sediment deposits around three different coral species to determine rate of growth, in the Bon Accord Lagoon, Tobago. 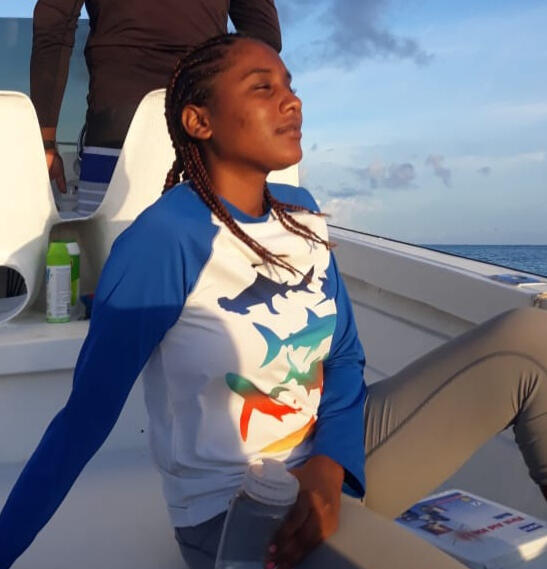 Shiel is a recent graduate of UTT’s BASc in Coast and Ocean Sciences programme at the Centre for Maritime and Ocean Studies. As part of the degree requirements, her final year thesis investigated the prevalence of dermal parasites on Acanthurus spp. (surgeonfishes) along the western coast of Tobago. Using underwater photographic data, hyperpigmented spots along the fish’s body were counted and individuals were placed in categories according to the number of spots they exhibited as a way of measuring the severity of infestation by ectoparasites. Currently she is working on preparing this research paper for publication and as a research intern in the FREE lab she is expanding that data analysis to include sites across the wider Caribbean. Additionally, she is a certified protected species observer and she plans to pursue an MPhil project on using biotechnology to test the effectiveness of different sponge compounds to treat dermatitis or cancer. 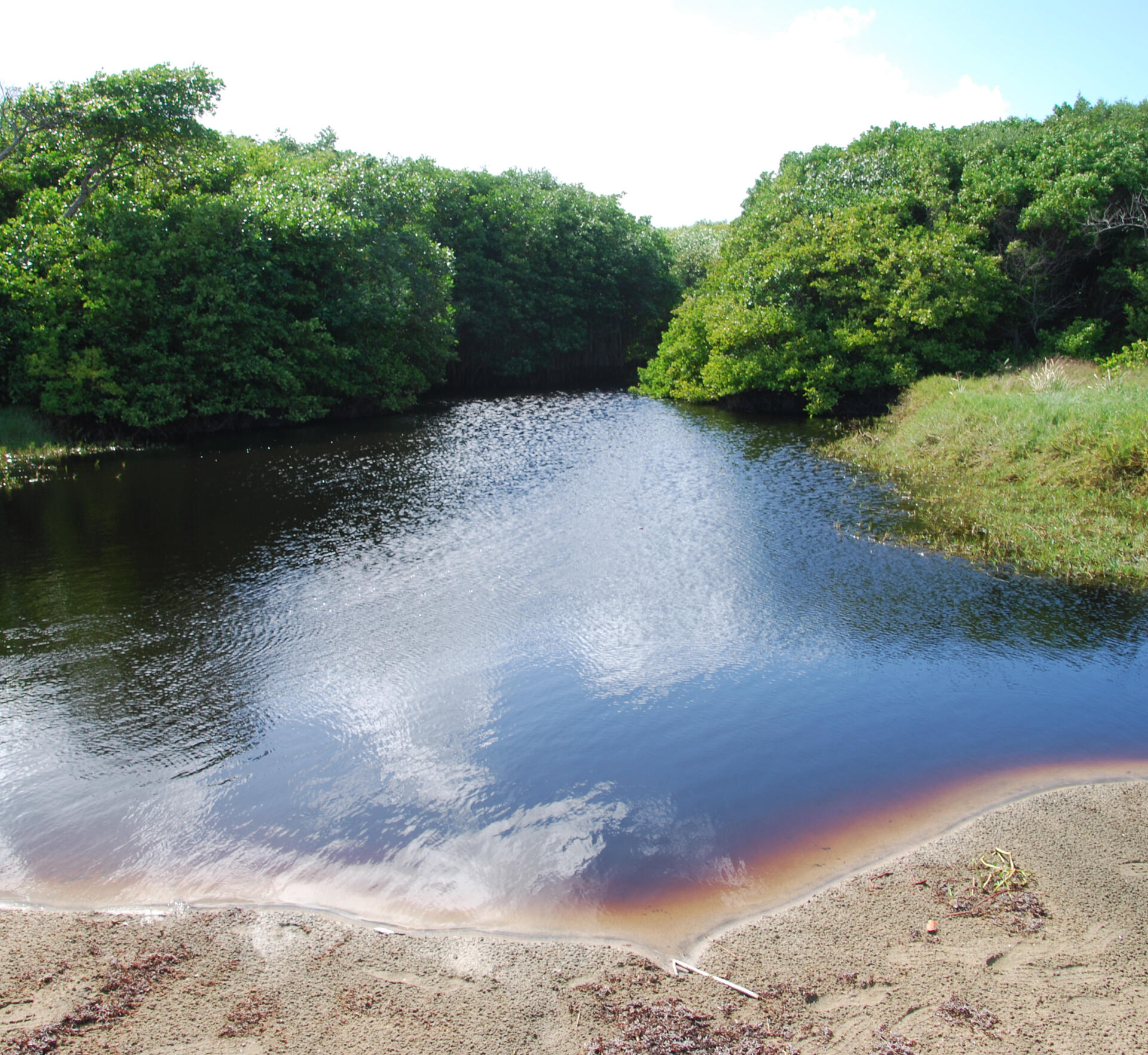 Check out our project on scalloped hammerheads funded by the Save Our Seas Foundation: "Community-supported conservation goals for Scalloped Hammerhead". 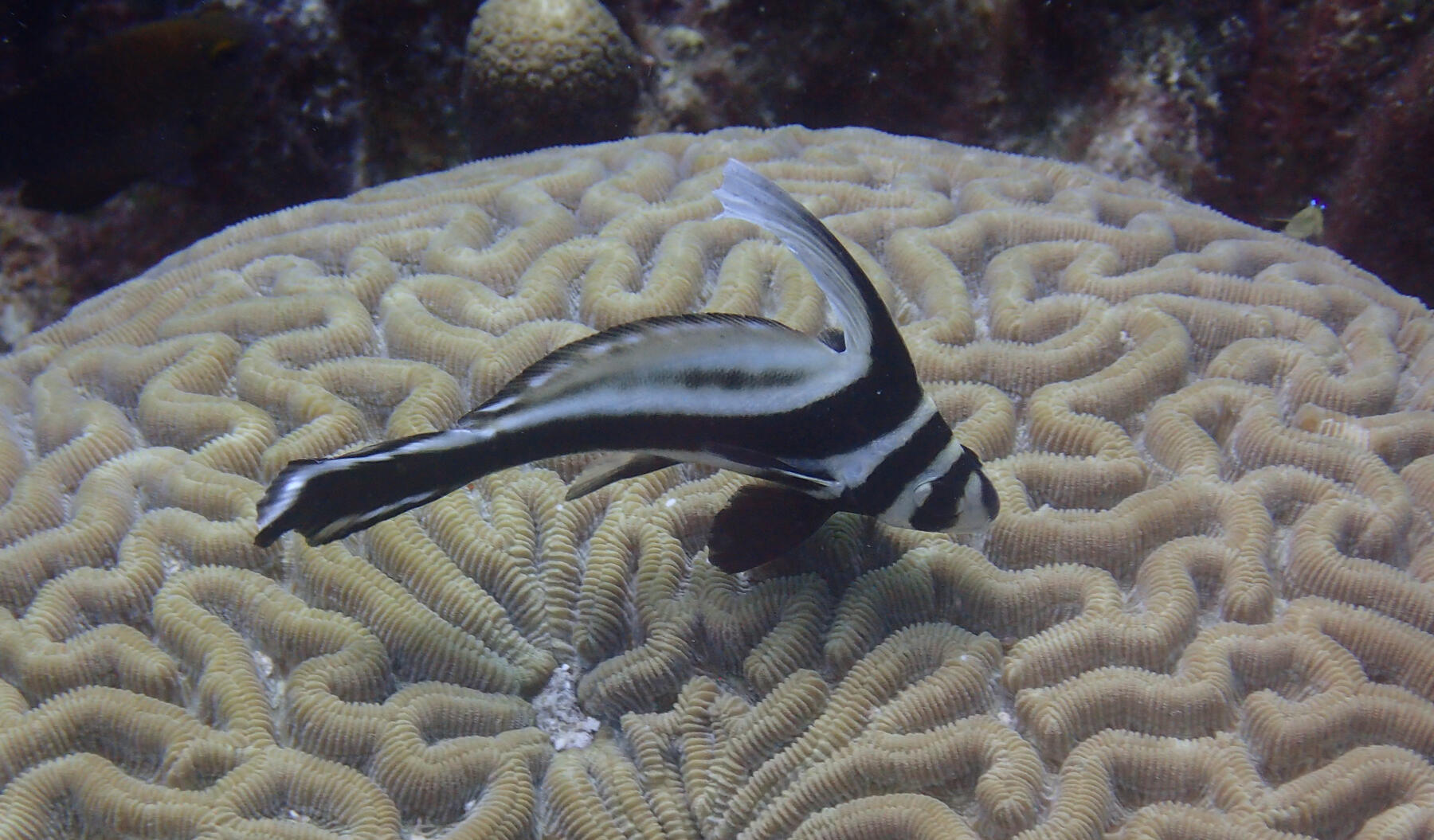 Robertson, D.R., O. Dominguez-Dominguez, M.G. Solís-Guzmán and K.C. Kingon. 2021. Populations of the alien Regal Demoiselle, Neopomacentrus cyanomos, at opposite ends of the Greater Caribbean: products of the same introduction. Aquatic Invasions 16 (In press).

Kingon, K.C. and M. Olton. 2018. The effects of MPAs on the abundances of top predators, important herbivorous fishes and their health. Proceedings of the 71st Annual Gulf and Caribbean Fisheries Institute 71, San Andres, Colombia, November 2018.

If you catch a tagged scalloped hammerhead please provide the details on the shark below.

The FREE Lab is at the University of Trinidad and Tobago, Chaguaramas Campus. We are currently accepting applications for the BSc degree in Coastal and Ocean Management, the MSc degree in Integrated Coastal and Ocean Management, and the MPhil or PhD in Marine Sciences. Please contact us for more information on our research or if interested in applying.

"Protecting the ocean really protects ourselves. We are all sea creatures." - Sylvia A. Earle 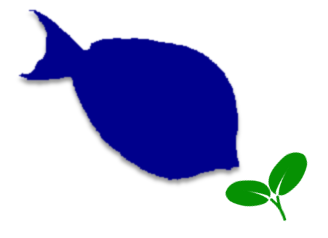 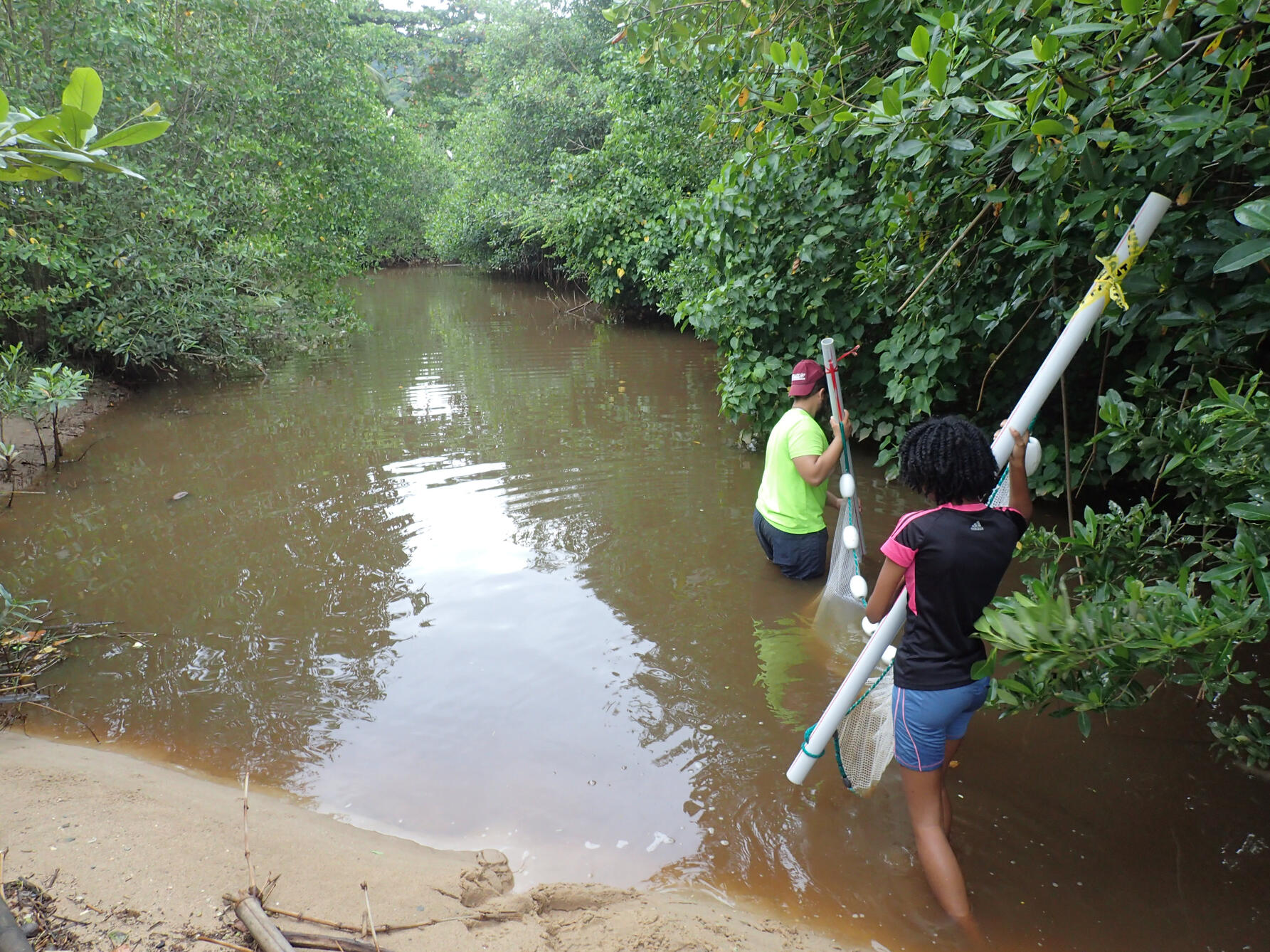